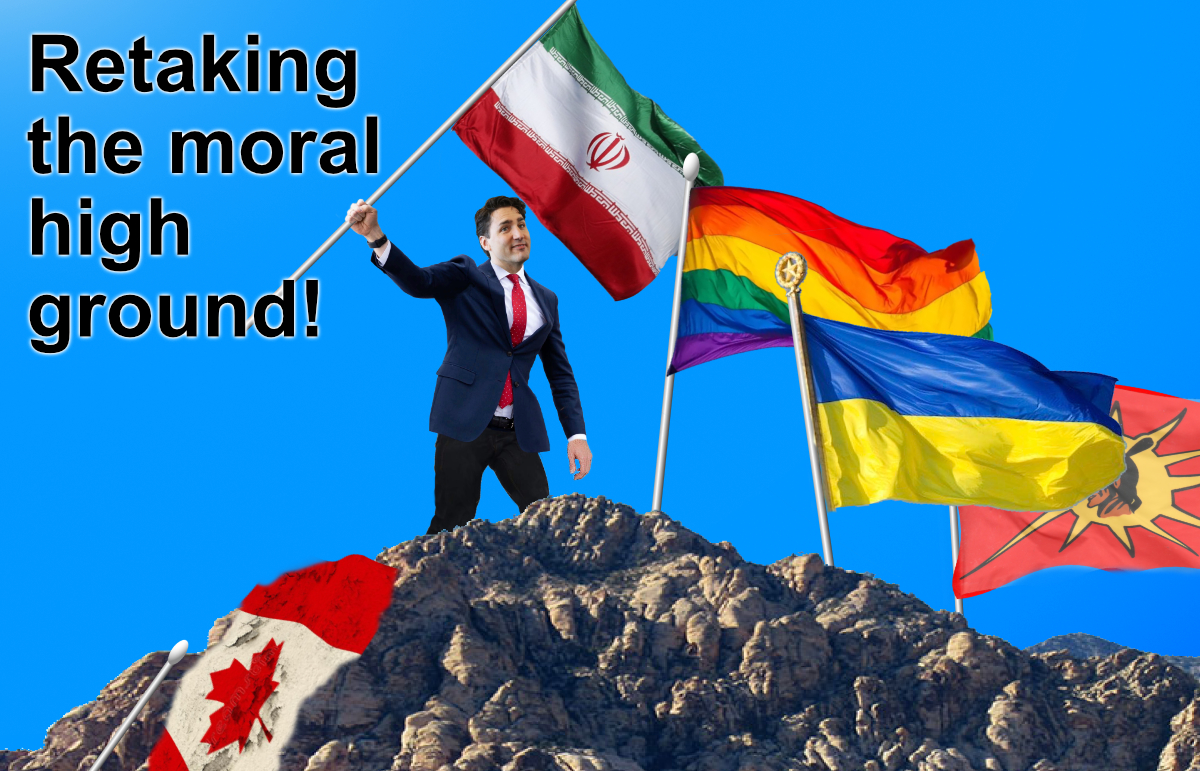 WATCH: Hypocrite Trudeau Confronted On His Long Record Of Racism & Misogyny After Trying To Attack Pierre Poilievre Over A Hashtag

The Liberals seem unable to realize that their rage-filled and divisive political style leaves them without the credibility to criticize anyone else.

During his time in office, Justin Trudeau has specialized in dividing the country, and using state-controlled media to direct hate towards the chosen targets of the government.

We saw this most prominently when Trudeau used vaccination status as a wedge issue – after previously claiming he wouldn’t – and ruthlessly divided the nation in order to barely hold on and win an election.

But it didn’t start there.

From repeatedly wearing racist blackface while lecturing others on ‘inclusion’ and calling his opponents bigots,’ to belittling Western Canadians, to crushing the energy sector while promoting industries in the East, to turning the rhetorical weapons of the government and media against Jody Wilson-Raybould when she wouldn’t do his bidding, to ostracizing any women within the Liberal Party who speak out against him (men seem to get more leeway), to labelling those who oppose his wealth-destroying carbon tax as ‘deniers’, to abusing the Emergencies Act, and more, Justin Trudeau’s political style has been built upon dividing Canadians and sneaking away with the narrowest of election victories, leading to an angry and rage-filled nation.

And yet, Trudeau and the Liberals seem to still think they can lecture others.

In response to a Global News non-story about a supposed ‘hidden hashtag’ being used by someone on Pierre Poilievre’s staff, Trudeau tried to attack Poilievre.

While other past Conservative leaders would have likely been timid and weak in the face of such an attack, Poilievre instead attacked back, demonstrating the ‘fight back’ attitude that Conservatives have long been hoping to see from the upper echelons of the party.

Poilievre pointed out how it is in fact Justin Trudeau who has been racist and misogynistic both before and during his time as PM, and how Trudeau used taxpayer dollars to hire a vicious anti-Semite.

This is what all Canadians must realize: Justin Trudeau and the Liberals have zero credibility and seek to tear the nation apart for their own political benefit.

You can watch the Poilievre vs Trudeau exchange below:

The Liberal government is trying to crush Independent Media. That’s why we must keep fighting back. If you support my work, you can make a contribution through PayPal, or directly through Stripe below.