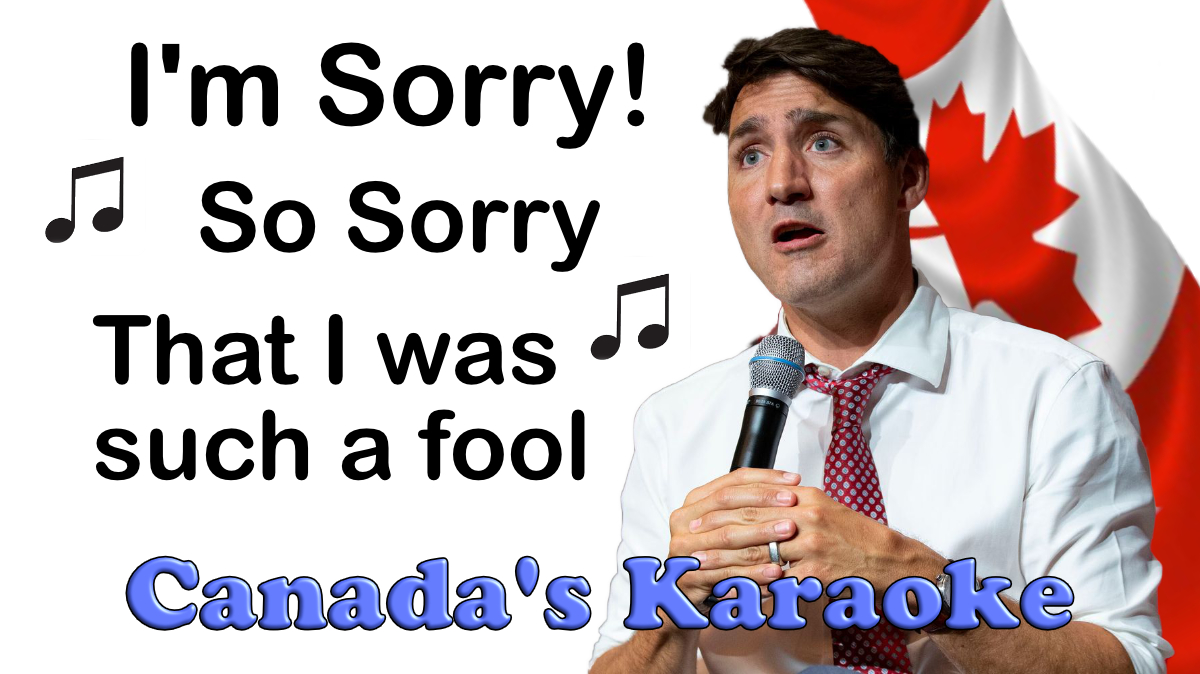 The endless virtue-signalling and apologizing is about imposing shame, and a nation based on shame will never succeed.

At this point, whenever you hear Canadian history being discussed all you hear is the need for endless apologies, virtue-signalling about ‘harm’ and ‘exploitation,’ and an overall sense of shame.

Shame seems to be the only ‘acceptable’ feeling about Canada’s history in the minds of the political and media elites.

And that imposed shame is all about destroying our pride in our country, and turning our Citizens into submissive and docile people who can be easily controlled.

Above all else, there is an attempt to exalt victimhood, and divide society into two completely opposed camps:

The big problem of course is that those who are the strongest, most successful, and who have the most pride in themselves are called ‘victimizers’ and are ruthlessly demonized, while those who weakly and meekly go along with government orders, hate the history of our country, and accept a submissive role are praised.

This has things entirely backwards.

You can’t build a strong nation by exalting and praising victimhood. All that happens is that we end up incentivizing people to think of themselves as victims, to look for the government to save them, and to direct their hatred towards those who are strong and independent.

The danger of victim-based ideology

As we well know, many of those in the Trudeau government and the establishment press can best be described as “neo-communists.” Whatever label they hide behind, their true ideology is communism.

And it just so happens that communism is the ultimate victim-based ideology.

Communism is all about demonizing those who succeed, taking from those who produce, and exalting those who are defined as victims.

Communism also seeks to destroy faith and confidence in our history, wipe out all historical memory, and mold people into submissive and docile extensions of the central government.

The results have been horrific:

And that is no surprise.

Beyond the threat of violence, the victim-mindset in a nation also leads to more subtle – but still serious – problems.

During the pandemic, we saw how the government both imposed fear, and catered to the most fearful.

Policy was decided by those who were most afraid, rather than by those who had the strength to accept their own level of risk and act according to their own assessment of the situation.

Countless independent small businesses – the backbone of our economy – were destroyed by the weak and fearful in government.

Further, the government took from the productive and handed out massive amounts of money, which – combined with Bank of Canada money printing – has devalued our money and generated severe supply chain problems along with rampant inflation.

Many Canadians meekly went along with this, because they had so thoroughly internalized the mindset of weakness and submission that governments love. People waited for the government to tell them how much freedom they could have, and then went along with whatever they were told.

The importance of the Freedom Convoy

This victim-based mindset is now deeply imbedded in Canada, but it is not inevitable.

That’s why the Freedom Convoy was so important.

The Freedom Convoy represented the strength of Canadians, Canadians who had the courage to speak their minds, reject victimhood, reject draconian government orders, and stand up for the true and enduring values of our nation.

In the face of relentless attacks from the state-run media and the political class, who demanded that the Freedom Convoy give in and do what the government said, Freedom-loving Canadians stood strong.

The Freedom Convoy showed that there is a growing counter-movement to the victim-mindset, a movement of Canadians who choose to fight for freedom and fight for the best within us as human beings, rather than being meek and submissive servants of the state.

Going forward, it is essential for our nation to turn away from the victim-mindset, and instead exalt strength of character, performance, freedom, perseverance, and the ambition to create and achieve.

That is how we will build Canada into a truly great nation and attain the true heights of civilization.

If am funded by Canadians like you, not the Trudeau government. If you support my writing, you can make a contribution through PayPal, or directly through Stripe