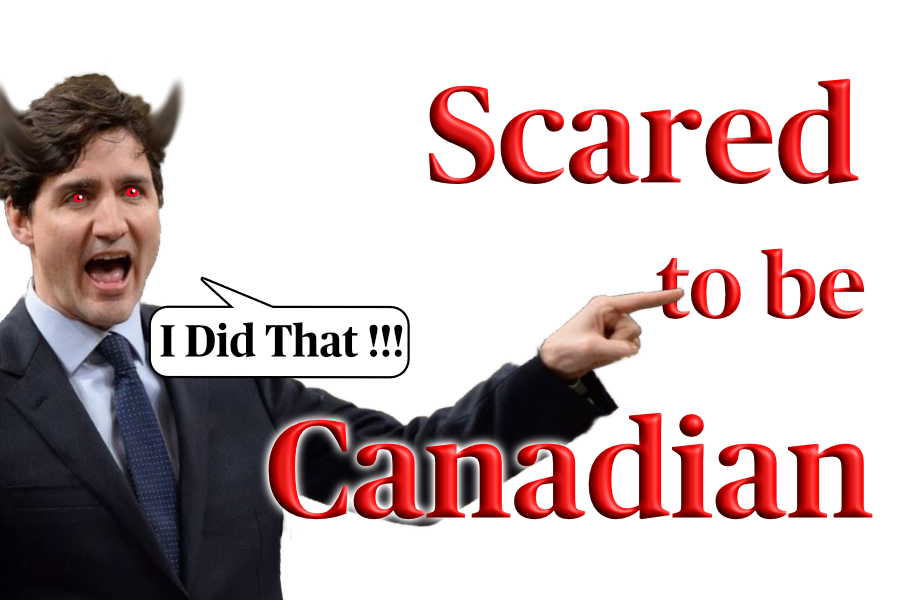 Rex Murphy: Tamara Lich is no danger. Unequal application of the law is

We must all be grateful that another Canada Day has passed, and Ottawa is still standing.

I think it’s necessary, regardless of one’s political taste, to give the Trudeau government due praise and thanks for this.

How fortunate, with a country so notoriously unstable, so perennially on the brink of insurrection, overthrow and cancellation as poor Canada is, to have a leader who, if nothing else (and there is some argument for that qualification) has kept the bits and pieces of our always near-ruin Confederation from flying off into the historical void.

How did we, and our grand capital, Ottawa, “get through” another Canada Day? How is it then, that Ottawa is still standing?

The answer is on every patriotic Canadian’s lips.

And here it is. The fomenter of rebellion, the coup queen, dastardly insurrectionist and convoy convener Tamara Lich was rearrested in the notorious terrorist hideout of Medicine Hat, prior to the national holiday. And placed, once again, sealed off from working her harms, in jail.

I think it’s only right to give the Trudeau government thanks for its pre-emptive genius.

It is too much to ask the patriotic mind what Canada Day would have been like, what poor Ottawa would have been like, if this latter-day Castro of our northern dominion had been on the loose, free as a bird, in Medicine Hat (perhaps going off to a mall or dropping into a Shoppers to pick up an Advil) during our country’s birthday festival? Would Canada have survived?

What would Canada Day have been like if Tamara Lich had been free as a bird?

The police forces of our nation spotted an alleged breach of her bail conditions and immediately issued a “Canada-wide warrant” for her arrest. It is unclear if the warrant offered the usual cautions — “Do not approach — Suspect is dangerous — May vote for Pierre Poilievre!” — but I’m sure they were very careful.

I attended a recent dinner put on by the Justice Centre for Constitutional Freedoms and (shudder and chills) sat next to the formidable insurrectionist— who was there to receive an award — for the better part of the evening. My impressions? A most pleasant conversationalist, humble, very courteous to people coming up to chat or take a photo. She appeared more or less like any other ordinary Canadian, with a fine mixture of self-deprecation and shyness at public notice that is almost a hallmark of our kind.

I left the dinner extremely puzzled. Was this the woman seen as a threat by the Canadian government to our nation’s integrity? 2022 Canada’s Robespierre? Did the government actually bring down the Emergencies Act because of this lady?

Another little stop. These same police forces, so quick to act in spotting the “Lich threat” — are they always this ready, this powerfully efficient?

On the torrent of vandalism and arson to over 50 churches last year — where are they and where have they been? On the infinite environmental protests of the past decade — did they jump to “arrest and no bail” when court injunctions were laughed at? When rail lines were blockaded, threatening the commerce and security of the nation, did they leap to clear them? Charge the radicals? Move in, all SWAT, to “unglue” empty-headed radicals from roads and entrance sites, and send them, pronto, to jail cells?

On the breaching of bail conditions, have the police or the courts, especially the courts, been quite as rigorous with those involved in gun-and-gang offences? Especially those whom having been released from jail, commit further offences while on bail?

It is a great thing to say the rule of law must always be respected and upheld. I agree vigorously.

But it is neither respected nor upheld, and is in fact mocked, when the courts and police offer, or at the very least seem to offer, a quite select and uneven application of the law. When the police can catch a violation of bail conditions for Tamara Lich in Medicine Hat and move with perfect swiftness, and are still nowhere, months later, on an “organized violent attack” on an oil and gas site in British Columbia — does something seem out of proportion or uneven within our justice system?

So, I am back to the original question. Regardless of your political taste, do you genuinely believe that this massive attention to one citizen, who by her own lights thought it proper to mount a protest on an aspect of government policy, can in any way be justified?

How great a threat to Canada’s stability and continued existence is Tamara Lich? How dangerous is she? Is the government — and the judiciary — right in putting her in the brightest spot on their radar-scopes? In jailing her? Offering in the first instance no bail? And now grabbing her again and flying her back to Ottawa for more jail time? Is she being treated differently because of the nature of her cause?

Does the law operate according to the type of protest? Do what you like as long as you say you are saving a tree. Protest a COVID regulation that injures your livelihood — well that’s different.

Of all the environmental protests this country has seen, how many who participated in them or were their leaders, saw immediate arrest and jail? Were they denied bail? Or did they have the Emergencies Act hauled out of its dusty closet to land with its full powers and suspension of civil liberties on both leaders and participants?

Or, and this is the king outrage, have their bank accounts frozen, and those who donated to Sierra or Greenpeace labelled “foreign” influences?

Does the law operate according to the type of protest?

It will be a cold global warming day when an environmental protest gets the kind of police and court attention that an assembly of truckers has received.

It is possible that I may have been wrong (so rare I know) at the top of this column in praising the Trudeau government for saving Canada from Tamara Lich.

My personal opinion is that she is not radical, not a great social threat, but a person who wandered into the mean and cowardly politics of the current moment, innocent of its many and confused dynamics, and ended up in a storm she neither brought on, welcomed or fully understood.

Further, that our so sensitive and equity-preaching government called on all its might and power to villainize a woman, who with a citizen’s conscience, thought to mount a reasonable protest.

It would have been a better Canada Day for all of us if the tendentious and cheap harassment of Tamara Lich had never happened. Please do not think it has elevated respect for the rule of law. It has, worrisomely, triggered a diminishment of that respect.

I suppose as a last note I should say I spoke at the dinner where Tamara Lich received her George Jonas Freedom Award.

Was happy to be asked. Happy that I went.