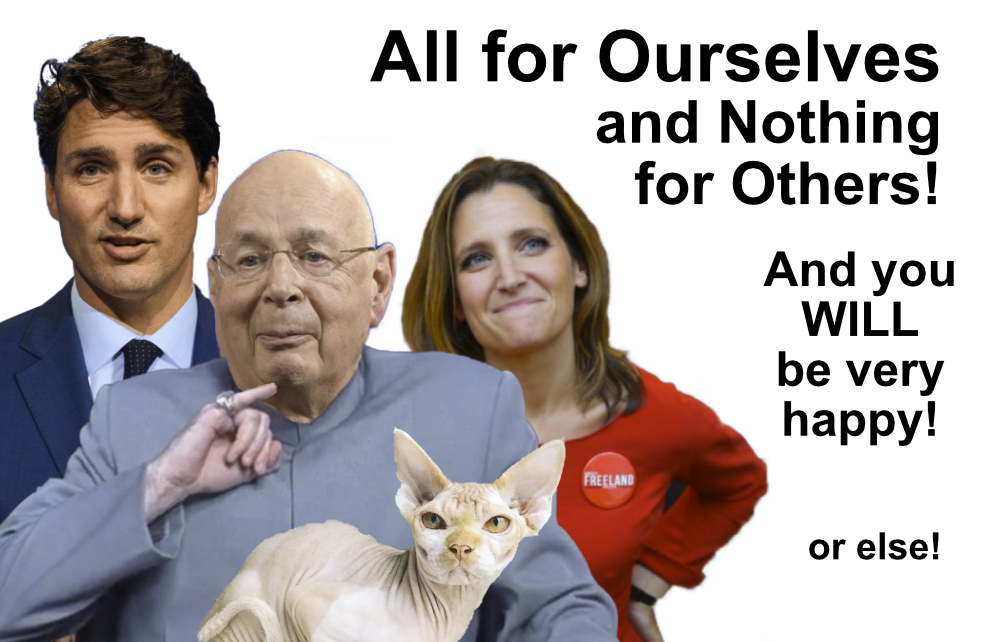 Throughout this insurrection (not the overhyped J6 but the real insurrection of the Great Reset) there have been bloggers who have been ahead of the game. There were claims of a laboratory born virus, inflated Covid deaths, vaccines that are ineffective, vaccines that kill, attempts to destroy economies and nations, designs to cull populations. Like Cassandra these bloggers were at first ignored then vilified then censored. Like Cassandra some of these bloggers were later found out to be correct.

Wayne Root is at the leading edge and so some of his observations may seem incredible, perhaps shrill but then the past few years have proved to be incredible and shrill, far more fantastic than any Ian Fleming novel. If what Wayne Root is saying is true we must be prepared and knowing what could be afoot is a good starting point.

Note the eerie nexus of Klaus Schwab, leader of the WEF, and his family’s possible Nazi past and Chrystia Freeland, Canada’s Deputy PM and trustee of the WEF, and her grandfather’s Nazi connections. Just a weird coincidence I think.

WAYNE ROOT: This is Treason. Time to Admit Our Nation is Being Run by Domestic Terrorists and Traitors.

America is in a dire situation. I believe we are in the worst situation in the history of America. We are hanging by a thread. It isn’t over just yet. But it’s the 9 th inning and we’re down 8-0, with two outs. The situation is that dire.

Full article at The Gateway pundit: